We’ve had a Kamado Joe BBQ for a few years now and use it whenever we can – if it’s not raining (too much) or too windy then it’s the cooker of choice.

I’ve made bread and pizzas in it a few times now, but felt the heat deflector and pizza stone hadn’t been getting enough use recently so made up some sourdough.

Nothing special about sourdough – I make enough of them most other days, but wanting to experiment, last night I simply took some of my Rye sourdough starter from the fridge, fed it some flour and water and left it on the bench overnight. A small bowl of nice bubbly starter greeted me this morning. I made up a simple dough – 100g wholemeal spelt flour, 300g white and 100g of the starter (I’d made about 190g starter with the intention of using the left-overs to make some crumpets – that was not a good idea, must try harder!)

A few hours later I’ve lit the Kamado Joe and the dough has almost doubled: 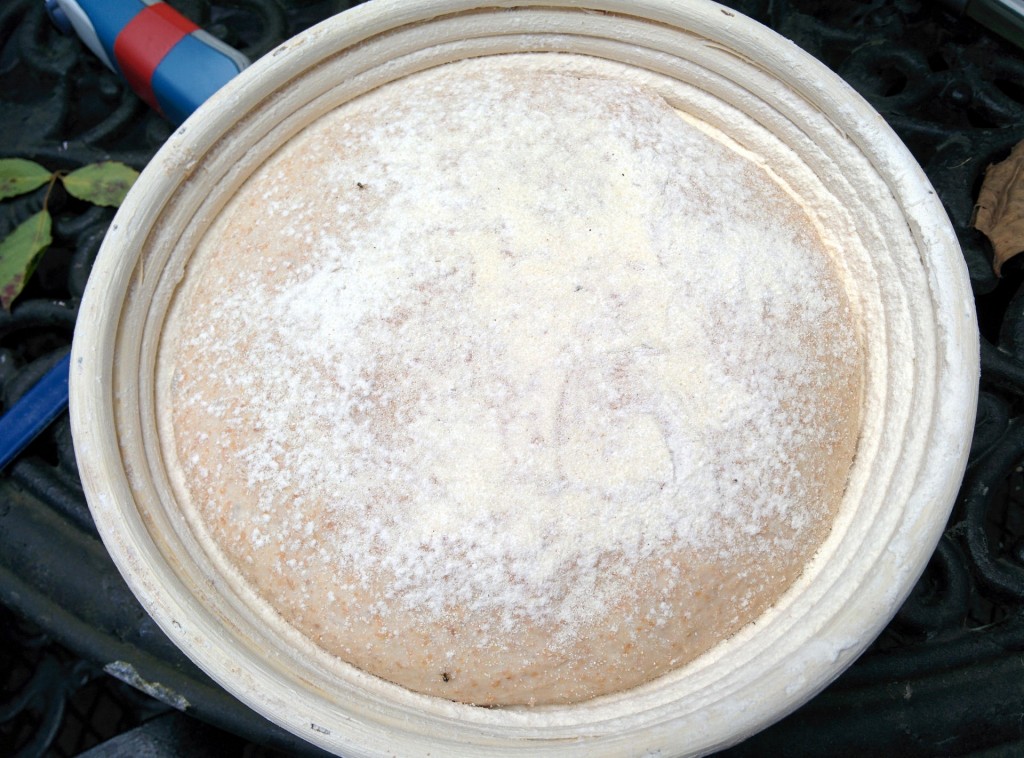 I’ve thrown some flour and semolina over the top in preparation for tipping it out directly onto the stone in the Kamado Joe.

The internal temperature at this point was a shade over 300C and the top of the pizza stone (measured using an IR thermometer) was about 210C. 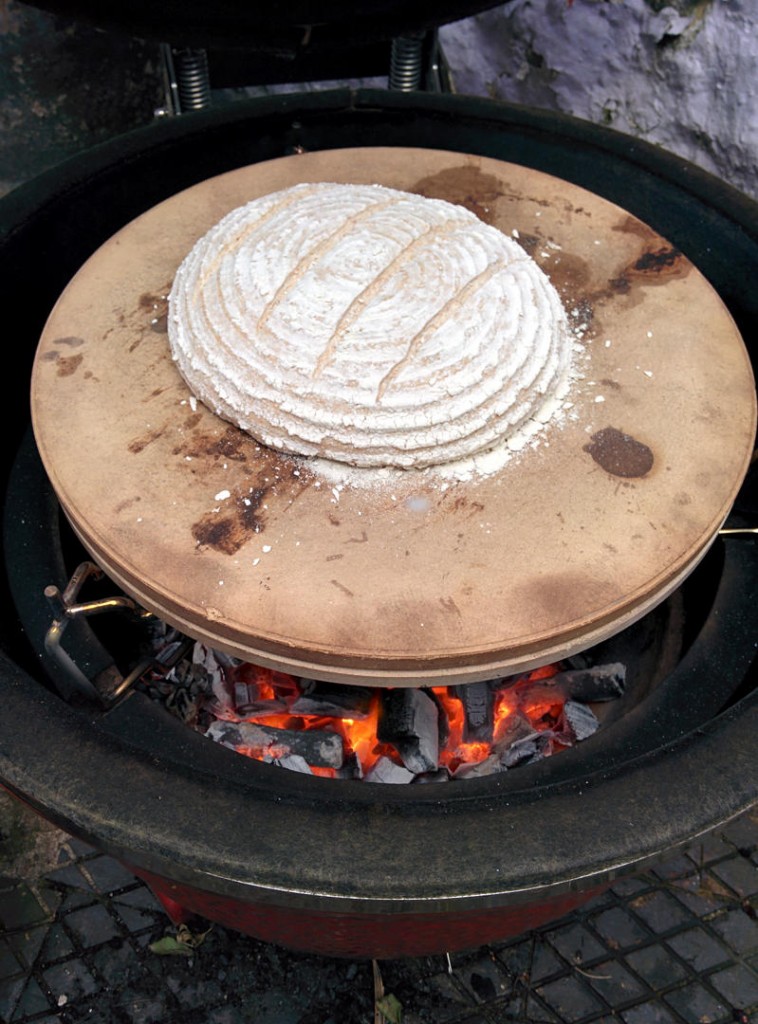 I lowered the lid, set a timer for 11 minutes and let it get on with it. After the 11 minutes, I turned it round and closed the vents on the Kamado Joe down – although I should have remembered that it really ought to have been done earlier as the base did scorch a little… However I left it another 22 minutes and it was done: 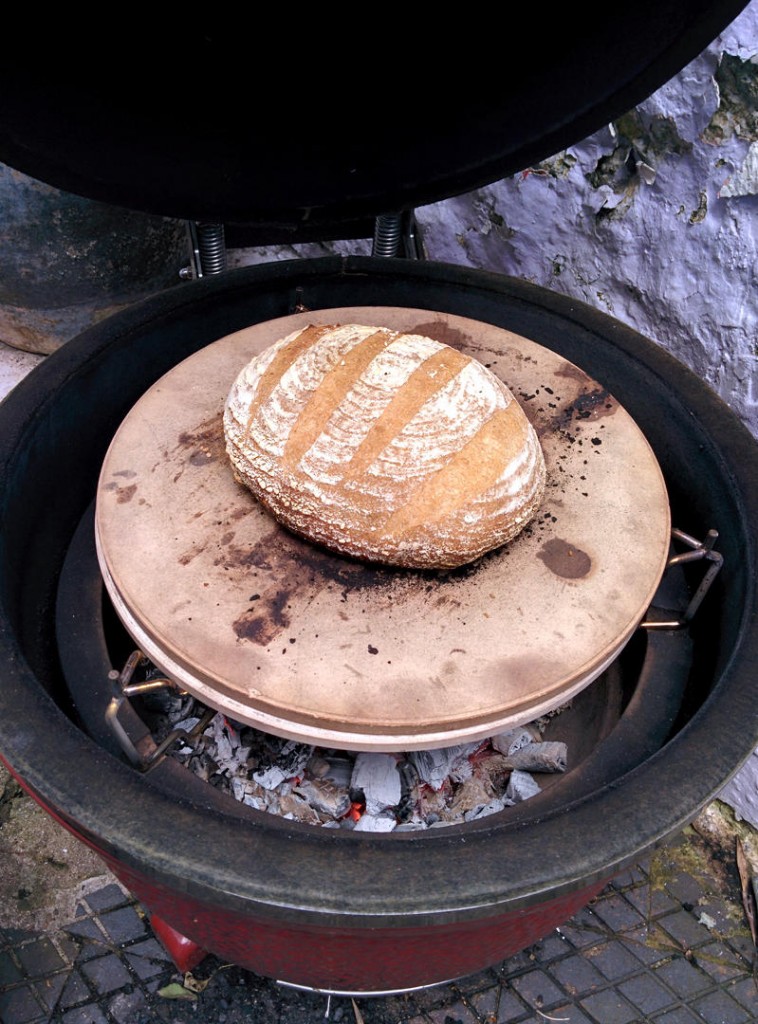 After that, I removed the stones and put the cooking grid back in and let it get up to about 250C again and cooked some chicken and pork belly slices: 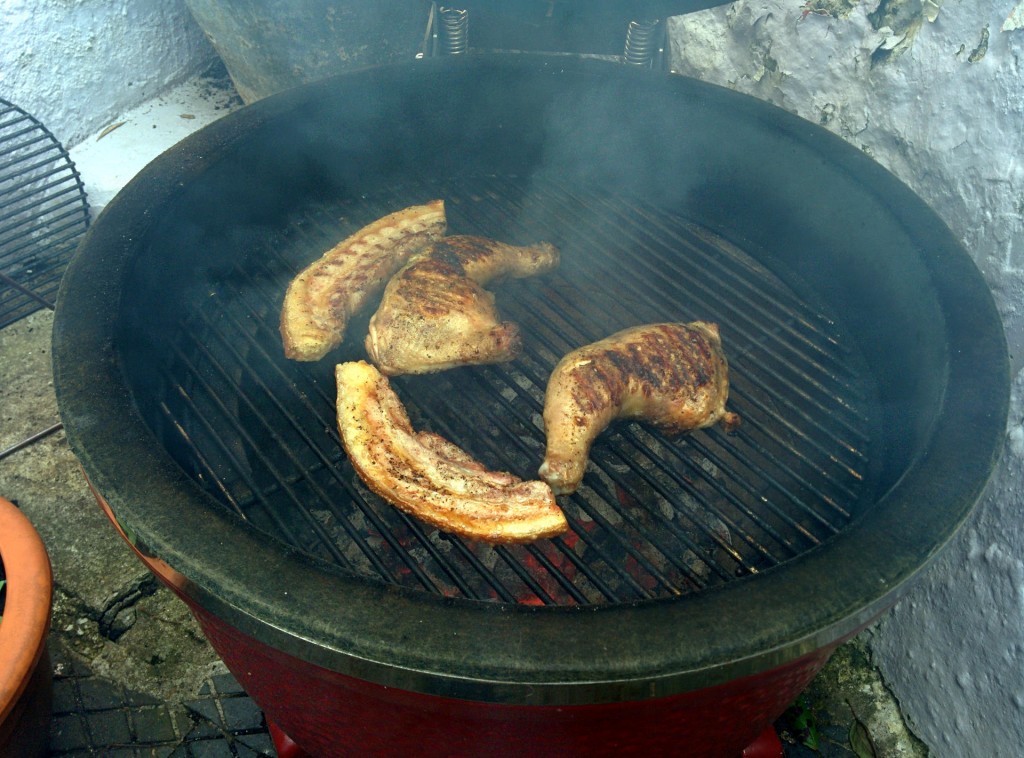 A lot of smoke there – maybe it was a bit too hot… Nice crispy skin on the chicken legs and the pork rind though!

And then to lunch: 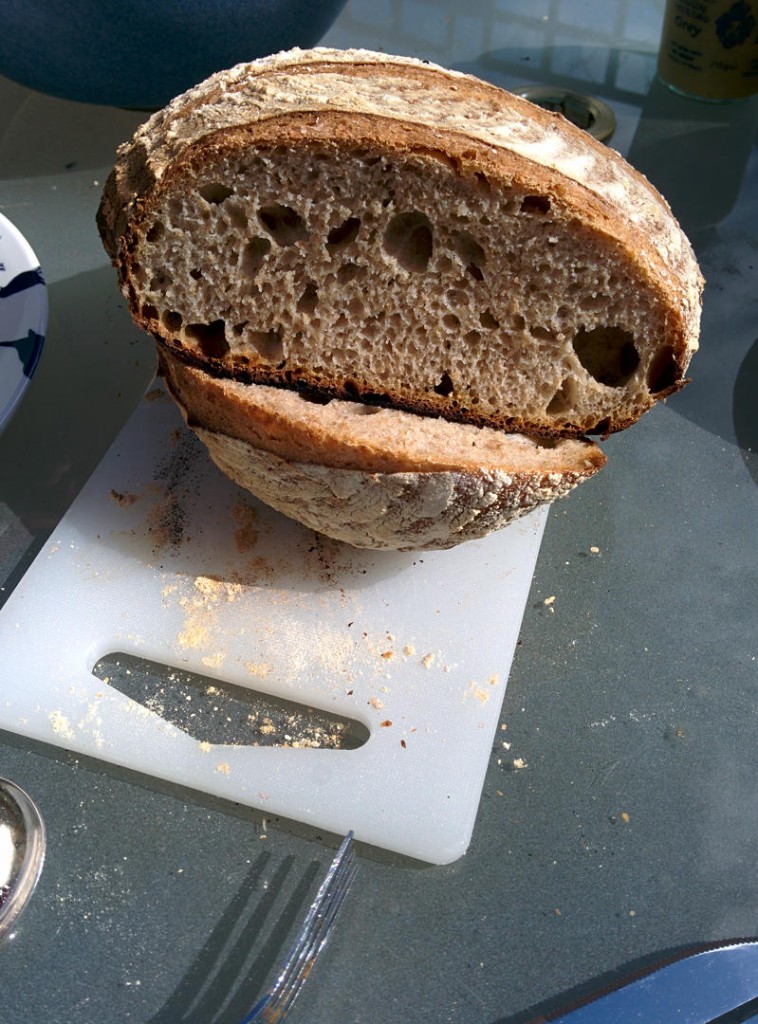 And on the plate: 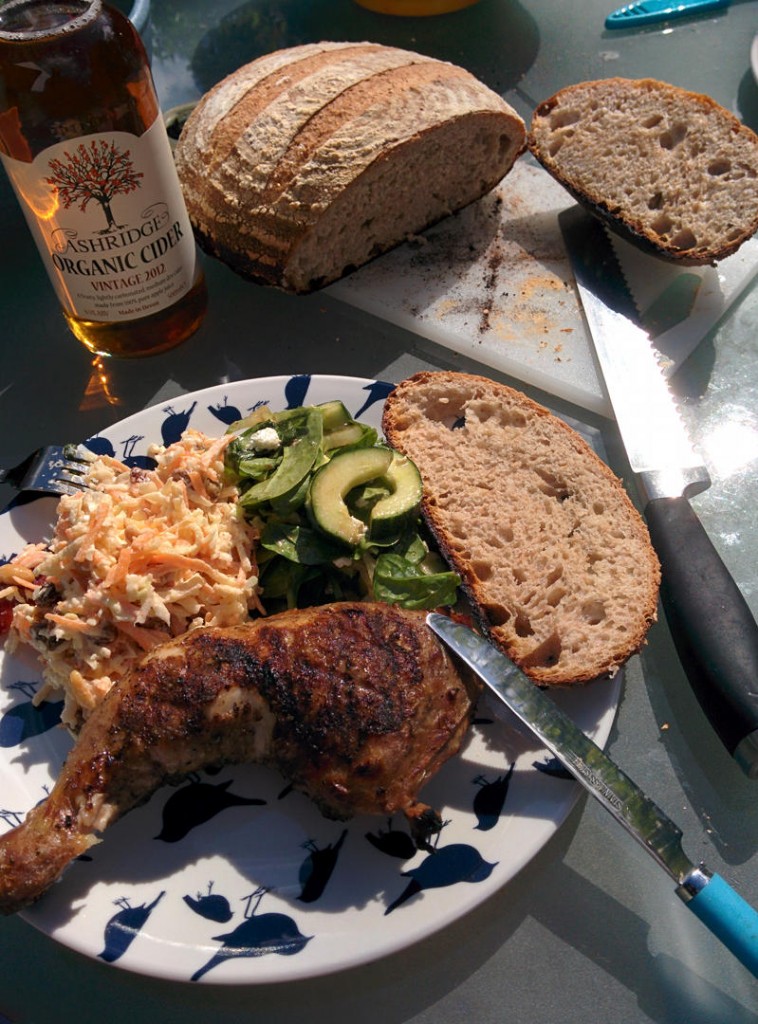 I can tell its going to be a good summer already! Our local farm shop at Dean Court has been taken over by a farming couple we know and The Outdoor Gourmet next door to it is always helpful and now has locally sourced lumpwood charcoal too!