Hello. The past few days here in Buckfastleigh have been somewhat challenging in more ways than one. The Beast from the East which made it a little chilly, and then Storm Emma which brought snow – and everything more or less ground to a standstill…

Then the town ran out of bread – or at least the co-op and local newsagents did.

I normally bake mostly sourdough breads for The Seed in Fore Street as well as a few local community shops and so on. On Friday I usually take about 35 loaves down to South Brent to Foggs Deli, however there was absolutely no chance of that happening due to the snow. Fortunately The Seed were only too happy to take them in addition to their own lot, given the worsening weather. By then the co-op and the newsagents had run out of bread too. I offered Pete at Huccaby’s news some regular loaves and he was happy to take some, so the ovens were back on and a batch of some 36 loaves was made for them.

Saturday came – and with it an eerie quietness over the town… Nothing was moving at all. My usual sourdoughs to the Seed plus extra that I’d normally deliver to Holne community shop as well as a few extra standard loaves… And yet another large batch to the newsagents – I think by this time word may have gotten out about them having fresh, warm bread in their shop.

Sunday – thaw, but the big delivery companies hadn’t “rebooted” themselves, so the shops were still bare, although the roads were now opening so some milk was available in the shops – and the ovens were on again to get another big batch of standard loaves up to Pete and Angela at Huccabys newsagents.

As someone running a home-based microbakery, which really started as a little hobby some 5 years ago, the past few days have been a mixture of challenge and a little excitement – I’m glad that I was able to help in a small way, and provide some of the townsfolks with bread – even if it did need to be sliced at home!

I’ve had some nice comments – many thanks to those who’ve taken the time to post to the local social media boards, facebook and so on, and said a cheery “hello” when passing in the street.

And maybe I should get more tins for the next time… 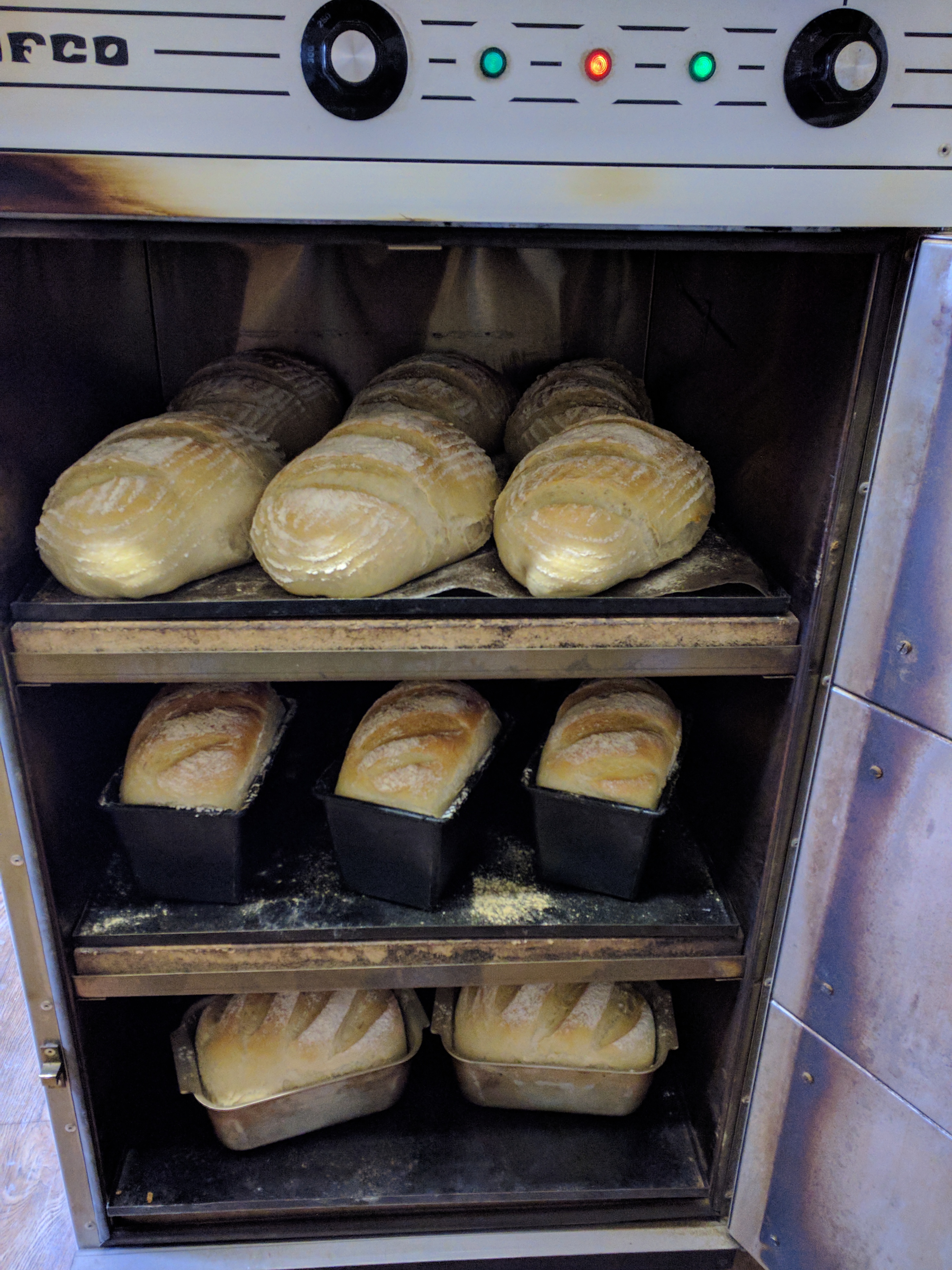